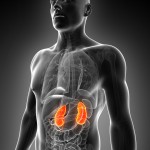 A federal law dating to the 1970s provides virtually free dialysis to anyone suffering from kidney failure, according to a story in the New York Times. But renal experts are trying to encourage doctors to give older kidney failure patients, many of whom suffer from other ailments, a more realistic assessment of how much the procedure is likely to help them.

According to the story, recent studies have concluded that not only does dialysis fail to prolong life for many elderly people with other serious chronic illnesses, but that the procedure’s main effect may be to increase the chances that those patients will die in the hospital instead of at home.

And dialysis may carry some health risks of its own.

Although dialysis can be difficult for all patients, the New York Times says, it can be especially challenging for the old and sick. Most patients spend hours hooked up to a machine three times a week, for a procedure so exhausting that some of them have to rest for the remainder of the day.

While many elderly patients prefer to undergo it rather than risk imminent death, the story says renal experts advise that undergoing hospice care for the remainder of their lives may be a preferable option for some patients.