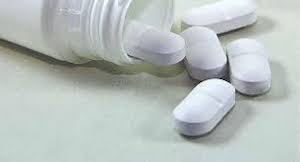 Does taking acetaminophen products like Tylenol® during pregnancy increase your child’s risk for having autism or ADHD (attention-deficit hyperactivity disorder)? Studies suggest the answer may be yes. This is leading to calls from physicians to limit use of pain relievers during pregnancy.

Acetaminophen can be found in hundreds of over-the-counter pain medications, as well as prescription medications. Acetaminophen is known to help with mild to moderate pain relief and for fever reduction. It is contained in many commonly known and readily available products like Tylenol®, NyQuil®/DayQuil®, Midol®, Excedrin® and Coricidin®, as well as their store brand counterparts.

What does the science say?

Research suggests that prenatal exposure to acetaminophen may alter fetal development and increase the risk of, among other things, neurodevelopmental disorders including autism and ADHD. A 2018 analysis of studies involving more than 130,000 mother/child pairs showed a 20% higher risk of autism and 30% risk of ADHD with prolonged use of acetaminophen during pregnancy. These findings have since been supported by additional studies.

In 2020 Johns Hopkins University researchers and the US Department of Health and Human Services published a study noting that cord plasma biomarkers of fetal exposure to Acetaminophen and cord blood samples contained a higher risk for an autism and ADHD diagnosis.

What are the signs of Autism?

According to the NIH, 1 in 44 8-year-old children are diagnosed with Autism. Autism (or Autism Spectrum Disorder called ASD for short) is a difference in the way a kid’s brain develops. Individuals with autism often have difficulty with social interaction and communication and have restricted or repetitive behaviors or interests. They may have delayed language or learning skills. There is a broad range of challenges that can result from autism with most signs tending to appear by age 2 or 3; however, some may develop earlier.

ADHD is a neurodevelopmental disorder that includes problems like trouble paying attention, controlling impulses or overactivity. 10% of children between the ages of 9 and 17 are affected by ADHD.

While it is normal for kids to show the traits related to ADHD and later grow out of them, children with ADHD continue to have the behaviors that can impact relationships or cause difficulty at school such as:

Are there any ongoing acetaminophen lawsuits?

Yes. There are cases pending in at least six states. In June of this year, a motion to create a federal court multidistrict litigation (MDL) was filed related to acetaminophen lawsuits. At the time, nearly 20 lawsuits had been filed alleging that prenatal exposure to acetaminophen (also known as Paracetamol) led to autism and/or ADHD diagnoses. Attorneys suggest that this may be one of the largest MDL cases in US history. This is not surprising given that it is estimated that approximately 65% of pregnant women in the US use acetaminophen to treat pain and discomfort.

What should I do if I have used acetaminophen during pregnancy?

Many doctors continue to believe that occasional acetaminophen use during pregnancy is fine for fevers and/or pain relief; however, if you are pregnant and considering using an acetaminophen product, you should consult with your own doctors to determine the best option for your personal situation.

If you used Tylenol® or another acetaminophen containing product during pregnancy at high doses or for extended periods and your child was diagnosed with autism or ADHD, your child may be able to bring a civil lawsuit. The lawyers at Lopez McHugh LLP are monitoring the emerging science establishing a connection between autism and ADHD and acetaminophen use during pregnancy and are available to discuss your family’s situation.