Stevens-Johnson syndrome is a nightmarish and life-threatening ordeal for its victims – frequently children – who require treatment in emergency rooms and burn wards, sometimes suffering blindness or other lifelong injuries as a result. With this disorder, the skin and mucous membranes react severely to a medication or infection. The condition is considered a medical emergency, and usually requires hospitalization. It often begins with flu-like symptoms, followed by a painful red or purplish rash that spreads and blisters, eventually causing the top layer of the skin to die and shed. In order to recover damages from this awful condition, a Stevens-Johnson syndrome lawsuit is sometimes necessary.

The U.S. Food and Drug Administration (FDA), recently issued a warning that Acetaminophen, the widely used fever and pain reliever found in Tylenol, can cause Stevens-Johnson syndrome and toxic epidermal necrolysis (TEN). This warning was issued after the FDA’s research found 107 cases of severe skin reactions stemming from the use of acetaminophen between 1969 and 2012. Of those 107 cases, 12 people died and 67 were hospitalized and successfully treated. As a result of these findings, the FDA is now staking steps to add warnings about skin reactions to labels of over-the-counter medications containing acetaminophen, and it also will require prescription medications containing acetaminophen to include such warnings.

According to the FDA, the onset of SJS symptoms is usually within 28 days, but can occur later. The FDA stresses that anyone who develops these symptoms after using acetaminophen should stop taking the product immediately and visit a doctor or emergency room. Additionally, the FDA advises that if people have already experienced skin reactions while taking acetaminophen, they should discontinue the drug and inform their doctor about the reactions as soon as possible.

Plaintiffs have successfully sued pharmaceutical manufacturers or hospitals, on the grounds that the companies failed to provide warnings about the risks of SJS or failed to diagnose and properly treat the condition. 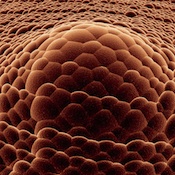 For example, the U.S. Court of Appeals for the First Circuit recently upheld $21.06 million verdict against a pharmaceutical company because the non-steroidal anti-inflammatory drug it manufactured created an unreasonable risk of SJS. A woman filed a Stevens-Johnson syndrome lawsuit after the drug caused a severe case of Stephens-Johnson syndrome, known as toxic epidermal necrolysis, or TEN. The syndrome caused her permanent near blindness and skin burns over about 60 percent of her body.

In an unfortunate blow to patient safety, the Supreme Court overturned the Court of Appeals decision on June 24, 2013 and threw out the lawsuit described above. In response, the FDA is proposing rule changes that would help to ensure that generic manufacturers warn about known risks. Until the rules are implemented and analyzed, however, generic manufacturers will be able to escape liability in many cases.

That said, there are several exceptions to the Supreme Court Bartlett rule that an experienced lawyer can evaluate in a Stevens-Johnson syndrome lawsuit. So if you have significant injuries, it may still be beneficial to get in touch with us for a free consultation in case one of these exceptions applies, or a brand name manufacturer or a negligent hospital or doctor is responsible.

How Do I File A Stevens-Johnson Syndrome Lawsuit?

The initial incidence of Stevens-Johnson syndrome is horrifically painful. Patients are frequently placed in medical comas as part of their treatment, according to news reports.

The condition can also cause a host of life-threatening complications, the Mayo Clinic says. Those complications include sepsis, a bacterial infection that can cause organ failure; extensive tissue damage to the eyes that may result in blindness; damage to the internal organs, including the lungs, heart, kidney and liver; and permanent skin damage.

If you or a loved one have suffered from the condition, you should consult with a Stevens-Johnson syndrome lawsuit attorney at Lopez McHugh to evaluate whether you have a claim.