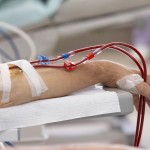 A story in the Chicago Tribune deals with a U.S. Food and Drug Administration investigation into the German company Fresenius, based on reports that the company failed to warn dialysis clinics about possible dangers from one of its products.

The story says that in November, 2011, Fresenius sent a memo to dialysis centers that the company operates in the United States, warning them that its Granuflo product was linked with a higher risk of cardiac arrest.

That in-house memo referred to “troubling findings” about Granuflo’s potential connection to cardiac arrest, and advised that “this issue needs to be addressed urgently.”

Fresenius didn’t share that warning with other U.S. dialysis centers that also use Granuflo, but that the company doesn’t operate. Those centers continued to unknowingly use Granuflo until the FDA learned of the company’s warning to its own clinics, and instructed Fresenius to inform other dialysis providers of the risk.

The story says FDA officials are trying to determine whether Fresenius failed to meet its regulatory responsibilities. If it did, the company may be subject to sanctions.

Fresenius operates about a third of all U.S. dialysis centers for patients with kidney failure, the Chicago Tribune reports. It also supplies dialysis machines and supplies to rival clinic operators in the U.S. and in Europe.

Almost two-thirds of the company’s revenue comes from North America.