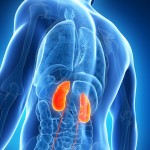 The East Montgomery County Observer tells the story of a 27-year-old man with kidney failure, whose quality of life was greatly improved when he began using a portable, in-home dialysis system.

He previously had to make a long drive and arrive at a dialysis center at 5 a.m. in order to finish the 4-hour treatment, then make it to work on time. Doctors told him that routine would be necessary three times a week. According to the story, the average life span of patients who go to clinics for dialysis is 7-9 years, compared to more than 20 years for home patients.

Dialysis clinics can present some additional hazards as well.

The U.S. Food and Drug Administration is investigating whether Fresenius Medical Care, a company that operates and supplies dialysis centers, suppressed information suggesting that one of its products carries a potentially lethal risk.

In November, 2011, Fresenius sent out an internal memo to its own doctors stating that 941 patients suffered cardiac arrest in Fresenius clinics in 2010, and the incidents may be associated with a product called GranuFlo. But the company did not inform other clinics of this concern until March, 2012, and only did so after an anonymous tipster gave the FDA a copy of the in-house warning.

The dialysis patient in the East Montgomery County Observer story said that he hooks himself up to his home dialysis machine five times a week for two to three hours, then watches television or does other things as it cleans his blood of toxins.

He said it gives him far greater flexibility to live an active life.