Juul is a type of e-cigarette – an electronic nicotine delivery system. Juul looks like USB device, making it sleek and concealable. The device has gained popularity due, in large part, to its manufacturer’s successful advertising campaign touting Juul use as a “healthy alternative” to smoking and an effective way to quit smoking. Cartridges come in a variety of flavors, making Juul a popular e-cigarette choice for both adult and teen smokers.

What’s the problem with Juuling? 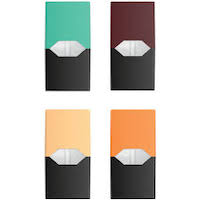 Despite claims by Juul Labs, the device manufacturer, that “Juuling” is a safe alternative to smoking cigarettes, recent studies have found that Juul and other e-cigarettes actually expose users to a number of dangerous health risks commonly associated with cigarettes. Further, a study published in the American Journal of Physiology notes the chemical flavorings and additives in e-cigarettes can potentially cause more damage to the lungs than the damage caused by conventional cigarettes. Juul injuries can include:

Nicotine Addiction: The concentration of nicotine in Juul pods is causing concern and is among the issues raised in Juul lawsuits. In fact, it’s alleged that a Juul e-cigarette contains three times more nicotine than is needed to satisfy an adult cigarette smoker. Juul pods also contain more than twice the nicotine concentration of similar e-cigarette devices. This increased nicotine level increases the risk of addiction. A study done by the UK’s Royal College of Psychiatrists showed that nicotine is about as addictive as cocaine and even more addictive than alcohol and barbiturates (anti-anxiety drugs).

Popcorn Lung: One risk, not commonly associated with traditional cigarettes, is e-cigarette users’ higher likelihood of developing popcorn lung (also known as bronchiolitis obliterans). Popcorn lung is caused by inhaling chemicals, including diacetyl used in e-cigarette flavoring, that scar the lungs and stop them from working properly, by reducing their capacity and efficiency.

Seizures: The FDA continues to investigate a link between vaping and seizures as well as other neurological symptoms. Juul lawsuits are already on file alleging that use of the e-cigarette device has caused, among other things, seizures in some users.

E-Cigarette Explosions: Juul and other e-cig devices are at risk for explosions and can cause burning or other serious injuries.

Why file a Juul lawsuit?

People, including non-smoking teens, were led to believe that Juul was somehow better or safer than smoking. Now, these people are fighting Juul addition and suffering from serious health problems and possibly even death. A Juul lawsuit may be a way for those fighting Juul addiction or life threatening injuries to receive compensation for their injuries.