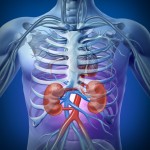 AL.com reports that a dialysis center in Bessemer, Alabama, remains shut down, but investigators have yet to identify a specific cause or pattern for the infections that killed two patients and hospitalized several others in May.

Although a laboratory analysis by the U.S. Centers for Disease Control and Prevention recovered six different bacteria from blood cultures of patients who were sickened, no pattern indicating a specific cause has been established.

The center’s owner, the German company Fresenius, operates about a third of all U.S. dialysis centers for patients with kidney failure. Plaintiffs in a number of lawsuits allege that Fresenius has previously endangered dialysis patients by sitting on information that one of its products was potentially hazardous.

Fresenius sells dialysis machines and supplies to rival clinic operators in the U.S. and Europe. In November, 2011, the company sent a memo to dialysis centers that it operates in the United States, warning them that its Granuflo product was linked with a higher risk of cardiac arrest. That memo referred to “troubling findings” about Granuflo’s potential connection to cardiac arrest, and advised that “this issue needs to be addressed urgently.”

But Fresenius did not share that warning with other U.S. dialysis centers it doesn’t operate, which also use Granuflo. Those centers continued to unknowingly use Granuflo until the FDA learned of Fresenius’s warning to its own clinics, and instructed the company to inform other dialysis providers of the risk.

Alabama state health officials cited the Bessemer center last year for failing to meet standards for infection control, glove use and disinfection of surfaces, among other things, AL.com reports.