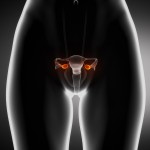 An American plaintiff awarded $11.1 million in court because of her injuries from a vaginal mesh implant is lending her support to women seeking similar legal redress in Scotland and the U.K., according to a story in the Scots paper Daily Record.

The story says scores of women in Scotland have also suffered ill effects from the devices, implanted to treat pelvic organ prolapse and urinary incontinence.

The devices have generated thousands of complaints in recent years because of their tendency to erode and stick through the walls of the bladder and vagina. Recipients have reported problems including infection and debilitating pain.

The American plaintiff’s case, heard in New Jersey, was the first of about 11,000 lawsuits against vaginal mesh manufacturers to go to trial.

Her lawyers said that she had to undergo 18 operations, which still failed to alleviate her chronic pain. A New Jersey eventually found Johnson & Johnson’s Ethicon subsidiary liable for damages.

The story includes an interview with the plaintiff, who said that she pursued the lawsuit in large part to help other women who went through the same ordeal.

She’s quoted as saying: “I now hope that the spotlight being shone on this epidemic will force all of those in authority to step forward and take courageous, definitive action to prevent more women from having this dangerous material placed in our bodies. Most of all, I sincerely hope that our success in the US court will encourage victims everywhere to support each other and collectively demand action be taken against the manufacturers to hold them accountable.”