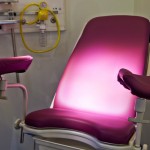 A story in the Daily Record out of Scotland deals with the plight of Scots women injured after receiving vaginal mesh implants. Hundreds may be “suffering horrendous health problems” from the devices, which are implanted to treat urinary incontinence and pelvic organ prolapse.

The story notes that the implants have generated widespread complaints in the United States of causing health problems for patients who receive them.

Almost 65,000 of the implant operations have been carried out in the U.K. in recent years, with more than 2600 removals. As many as 6000 Scots have undergone the surgery.

A New Jersey jury recently awarded $11.1 million to a woman who received a vaginal mesh implant manufactured by Johnson & Johnson’s Ethicon subsidiary. That was the first of about 11,000 lawsuits against vaginal mesh manufacturers to go to trial in the United States.

The Daily Record includes an interview with a Scots woman who suffered debilitating pain and extensive nerve damage as a result of getting the implant. She’s no longer able to have intercourse with her husband.

The story also includes an interview with an American specialist who has removed more than 150 of the implants from women. He’s quoted as saying: “There’s no doubt in my mind mesh procedures have serious complications. I’ve seen obstructions of the bowel and urethra, really nasty infections and major damage to tissue in the vagina, bowel and bladder. Because the procedures are carried out through the vagina, which cannot be a sterile environment, surgeons are immediately going against everything they’ve been trained to do.”