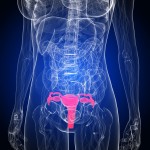 CTV Network out of Canada reports on a Manitoba woman who is staging a protest about the vaginal mesh device she had implanted during a hysterectomy in January, 2012.

The report shows Christine of Winnipeg getting around with the assistance of a wheelchair and cane, and describes her as “a woman who says her life has been destroyed by the surgery and wants to stop it from happening to anyone else.”

In the first of about 11,000 lawsuits against vaginal mesh manufacturers to go to trial, a New Jersey jury recently awarded $11.1 million to a woman who received a vaginal mesh implant manufactured by Johnson & Johnson’s Ethicon subsidiary.

According to the CTV story, Christine is trying to get the government to stop the Winnipeg Regional Health Authority from using plastic vaginal mesh in other patients. She is also trying to raise more than $30,000 to see a specialist at the University of California, Los Angeles, because she says local surgeons are unable to remove her particular type of implant.

She said that her chronic pain after the surgery left her unable to work, and she now relies on family and friends to get by.

“It’s almost like a raw, open wound every time I move,” she said.