DePuy case reaches across the Atlantic 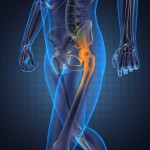 A Los Angeles jury recently awarded $8.3 million in damages to a man who claimed he suffered metal poisoning from an artificial hip implant manufactured by Johnson & Johnson’s DePuy Orthopaedics division. That was the first of about 10,000 lawsuits over the hip implant to go to trial.

But America isn’t the only country where people are seeking redress after being injured by the devices. A story in the Limerick Leader out of Ireland concerns a local lawyer who is seeking DePuy victims for legal action against the company.

Medical journal articles found that nearly half of the devices broke down and needed replacement after only a few years. They also had a tendency to break off toxic metal shards, which ended up in patients’ soft tissues.

The Limerick Leader says DePuy has agreed to compensate patients for diagnostic tests, corrective procedures and out-of-pocket expenses. But the company has not admitted any liability, or expressed any willingness to cover patients for ongoing health problems and loss of earnings through reduced mobility.

The lawyer is quoted as saying: “There are thousands of people across the country whose lives have been destroyed by this corporate medical catastrophe and, as a direct result, have suffered with debilitating, chronic pain and, in many cases severe levels of ill-health.”