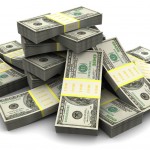 Johnson & Johnson, the worlds’ largest maker of health care products, has announced that its first-quarter profits were down, but that its earnings nevertheless beat analysts’ estimates.

According to a story in The Star Ledger out of Newark, sales for the quarter rose to $17.5 billion, an increase of 8.5 percent from a year earlier, compared to the $17.46 billion that analysts were predicting.

The story notes that a long-running string of recalls and manufacturing problems stretching back to 2009 cut into the company’s profits.

And two of those manufacturing problems led to expensive legal defeats for the company recently.

But The Star Ledger reports that the those losses have been offset by strong sales of over-the-counter medicines, along with new prescription drugs and the acquisition of medical device company Synthes.