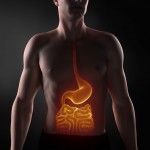 Reports linking the blood pressure medication Benicar to intestinal problems were a hot topic of conversation at this year’s Digestive Disease Week meeting — considered the largest and most prestigious meeting in the world for the gastrointestinal professionals.

A report in Gastroenterology and Endoscopy News says Benicar has been linked to severe symptoms similar to those of sprue, or celiac disease.

That’s not the only concern that health care professionals have raised about Benicar. Two clinical drug trials have prompted a U.S. Food and Drug Administration investigation into whether the drug increases the risk of heart-related deaths.

At the Digestive Disease Week meeting, the report says, a Mayo Clinic physician presented a case of a 59-year-old patient with a history of hypertension who was seeking a second opinion after struggling for a year with severe diarrhea and weight loss.

After receiving a nearly identical complaint from another patient, Mayo researchers examined a cohort of 22 with similar symptoms. They found that 30 percent of those patients had been taking Benicar.

According to the report, those patients were experiencing severe diarrhea with a mean duration of 19.2 months. Most of them required hospitalization. And in many cases, patients lost up to half of their body weight. But all of the patients recovered after being taken off Benicar.

Gastroenterology and Endoscopy News quotes a professor of medicine from the University of California, San Diego, as saying: “I think more research needs to be done, but this certainly warrants reconsidering [using] that drug for anyone who has other choices for an antihypertensive [medication].”