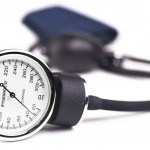 A senior regulator at the U.S. Food and Drug Administration is trying to get the agency to issue stronger warnings about the class of blood pressure medications that includes Benicar, according to the Wall Street Journal.

The FDA eventually ruled those concerns groundless, based on the agency’s own analysis.

But the FDA has begun investigating Benicar for two other clinical drug trials that concluded it may increase the risk of heart-related deaths. A recent Mayo Clinic report has also linked Benicar to stomach problems including chronic diarrhea, vomiting, intestinal inflammation and weight loss.

And now, according to internal FDA documents that the Wall Street Journal has reviewed, FDA regulator Thomas A. Marciniak has taken issue with the agency’s decision to dismiss the cancer concerns.

According to the report, the FDA’s analysis used a technique called “meta-analysis,” which combined different studies to look at more patients and presumably widen its statistical power to find possible side effects from the drugs.

But Marciniak has warned his colleagues that using results tabulated by companies was likely to produce unreliable results, and meta-analysis can compound flaws in the original studies.