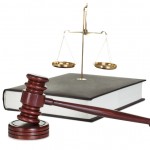 Ranbaxy, a subsidiary of Japanese pharmaceutical company Daiichi Sankyo, has pleaded guilty to drug safety violations. According to a story in the New York Times, the company will pay $500 million in fines over allegations that it sold subpar drugs.

Company officials also allegedly made false statements to the U.S. Food and Drug Administration about manufacturing practices at two factories in India.

Daiichi Sankyo has faced other allegations recently concerning its medications.

According to the New York Times, Ranbaxy pleaded guilty to three felony counts of violating the federal drug safety law and four of making false statements to the F.D.A. The company acknowledged that it failed to perform proper safety and quality tests on several drugs manufactured at its Indian plants.

The company also admitted that it knew certain batches of an epilepsy drug had tested positive for “unknown impurities” and had unreliable shelf lives. But it waited months to alert the F.D.A. and announce a recall, which ultimately involved more than 73 million pills.