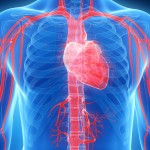 In an interview with the Huffington Post, New York Times food writer Mark Bittman discusses his new diet plan that consists of eating vegan, or eating no animal products, before 6 p.m. every day. Bittman has recently published a book on his diet called VB6: Eat Vegan Before 6:00 to Lose Weight and Restore Your Health … for Good.

In the book, Bittman writes that at the age of 57, he was overweight and he had high cholesterol. A “conventional doctor” recommended treatment with surgery and drugs.

Bittman mentions in the book that he was reluctant to make a lifetime commitment to taking the anti-cholesterol drug Lipitor. In a recent opinion piece for the New York Times, he mentions the U.S. Food and Drug Administration’s decision to add warnings to the labels of the class of drugs that include Lipitor, indicating that it may cause higher levels of blood sugar – thus raising the risk of Type 2 diabetes – and memory loss.

Bittman writes: “Couldn’t have been more than five years ago my G.P. was assuring me they were benign.”

In the Huffington Post interview, Bittman says another doctor recommended that he follow a vegan diet. But because he writes about food for a living, that wasn’t workable for him. He also doubted he had the willpower to commit to a strictly vegan diet.

As a compromise, Bittman committed to following a vegan diet during the day. Before 6 p.m., he would eat nothing but fruits, vegetables, whole grains, legumes, nuts and seeds.

And the system worked for him. Within months, he’d lost 36 pounds.

During the interview, Bittman readily admitted that he cheats on his diet all the time. But he says his goal wasn’t strict adherence, so much as changing his eating habits overall.