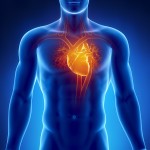 According to the story, Liptruzet is a combination of Merck’s Zetia, which lowers low-density lipoprotein (LDL), and a generic version of Pfizer’s Lipitor, which lost its patent protection in 2011.

The U.S. Food and Drug Administration has added warnings to Lipitor’s label, advising that the medication may increase the risk of Type II diabetes. The new label also warns that Lipitor may raise blood sugar levels, and could cause memory loss.

According to Nature World News, Liptruzet has also been the subject of criticism among cardiologists, who argue that studies haven’t shown it to be effective in lowering patients’ chances of developing heart disease.

The report includes a quote from the chairman of the department of cardiovascular medicine at Cleveland Clinic, who describes the FDA approval as “extremely surprising and disturbing.”