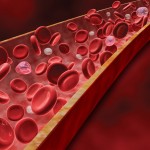 In a piece for Forbes, writer John LaMattina takes issue with Merck’s attempts to get the LDL cholesterol lowering drug, Liptruzet, approved and on the market. He also finds fault with the U.S. Food and Drug Administration for approving it in the first place.

LaMattina writes that Liptruzet is really a combination of two drugs that are already on the market – Merck’s own Zetia and Pzizer’s Lipitor.

Despite the U.S. Food and Drug Administration’s approval of Lipitor, the agency has added warnings to the label advising that it may increase the risk of Type II diabetes. The new label also warns that Lipitor may raise blood sugar levels, and could cause memory loss.

But LaMattina’s objection is that Merck already has a similar drug on the market called Vytorin, which is a combination of Zetia and Merck’s Zocor. Like Lipitor, Zocor is among the class of medications known as statins.

According to LaMattina, a previous clinical study that Merck conducted found Vytorin does not appear to be any more effective at preventing heart disease than simvastin alone. That fact has made Vytorin controversial in the field of cardiology.

He writes that Merck is in the process of conducting a more in-depth study, spanning a longer period of time and involving thousands of patients, meant to measure the comparative effectiveness of Vytorin vs. a statin alone.

A successful result could impact the prescribing habits of cardiologists, according to LaMattina. An unsuccessful result would cast doubt on whether Zetia is any more effective than a placebo.

LaMattina writes: “Given this history, what was the FDA thinking in approving another Zetia/statin combination?”