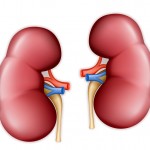 An analysis of for-profit kidney dialysis centers published in the medical journal JAMA Internal Medicine found that they used more of an expensive and dangerous class of drugs known as erythropoiesis-stimulation agents (ESAs) than non-profit facilities.

This isn’t the first time that commercial dialysis centers have been accused of engaging in unsafe practices.

In November, 2011, Fresenius issued a warning to doctors in its own clinics, informing them that nearly 1,000 of their patients had suffered cardiac arrest, and that GranuFlo was the likely cause. But the company didn’t share that information with other clinics using its products until March, 2012, after an anonymous tipster notified the FDA of the in-house warning.

The drugs at issue in the JAMA Internal Medicine analysis help raise levels of hemoglobin, a protein in red blood cells that carries oxygen.

But according to a story in the Milwaukee Journal Sentinel, some observers have raised concerns about the drugs in recent years over their possible overuse. They’ve also been linked to an increase in blood clots, with their associated risk of heart attacks, stroke, heart failure and death.

Researchers concluded that for-profit dialysis centers used much higher doses of the drugs than non-profit centers, even after the FDA issued a black box warning for the drugs. The researchers suggested that financial considerations on the part of the clinics may have played a role.