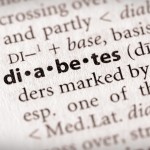 The prestigious medical journal BMJ has published a damning investigative article on a crop of new diabetes drugs called “incretin therapies,” which include Byetta and Januvia.

The article mentions a number of studies that have been published in recent years, indicating a potential link between these drugs and a potentially deadly inflammation of the pancreas called pancreatitis, as well as pancreatic cancer. Byetta has also been linked to thyroid cancer.

But the BMJ article points to evidence that the drugs’ manufacturers were aware of these potential health risks for years, and took steps to repress them.

In 2008, the story says, Januvia manufacturer Merck funded a study in which scientists found abnormalities in pancreases of rats given the medication.

Merck supported a closed-door meeting in 2009 where those results were discussed, and to which the scientists who collected them were not invited. BMJ cites notes from the meeting, indicating that several speakers discussed ways to undercut the study that spotlighted health concerns.

The lead researcher for that study, internationally renowned diabetes expert Peter Butler, spent the subsequent years trying to warn his colleagues about the potential risks. And as BMJ points out, a growing body of evidence suggests he was right all along.

BMJ notes that the recent studies have obliged both the U.S. Food and Drug Administration and the European Medicines Agency to launch reviews into potential health risks connected to the drugs.