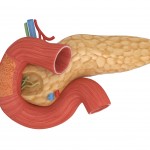 A new study by researchers at the University of California, Los Angeles, adds to growing evidence that a class of diabetes drugs including Merck’s Januvia and Bristol-Myers Squibb’s Byetta carries a risk of pancreatic cancer.

The study findings prompted Washington-based advocacy group Public Citizen to issue a press release calling for the drugs to be banned.

The Public Citizen statement reads, in part: “… it is clear that all of the drugs in this family are associated with an increased risk of pancreatic cancer and it is likely that they will all have to be removed from the market. The idea of putting a warning label about pancreatic cancer on drugs that have no unique benefit for diabetics but which have increasing evidence of the risk for pancreatic cancer — instead of banning the drugs altogether — would be an extraordinarily reckless approach for the FDA to initiate.”

According to the story, doctors have been concerned about the drugs for years. In 2007, the FDA said it received a high number of reports of pancreatitis in patients taking Byetta, and the agency issued a similar alert for Januvia in 2009. An analysis of insurance records published last month in the journal JAMA Internal Medicine showed they may double a user’s risk of pancreatitis.