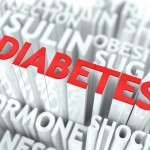 A report on FiercePharma says an analysis by safety watchdog group Institute for Safe Medication Practices found the class of diabetes drugs that includes Merck’s Januvia and Bristol-Myers’s Byetta may increase the risk for pancreatitis and pancreatic cancer.

The analysis found that reports of pancreatitis (an inflammation of the pancreas) and pancreatic cancer were about 25 percent higher for the class of drugs known as GLP-1, compared to older treatments.

FiercePharma notes that the analysis is only the latest among a series of warnings about the drugs to emerge lately.

An analysis of insurance records published two months ago in the medical journal JAMA Internal Medicine concluded that diabetics hospitalized with pancreatitis were twice as likely to be taking Januvia or Byetta than a control group of diabetics without the condition.

According to FiercePharma, the latest analysis doesn’t necessarily prove a causal relationship between the drugs and the adverse event reports. The researchers used information from an FDA database that depends on reports from doctors, patients and companies, and some unreported cases never make it into that database.

Still, the Institute for Safe Medication Practices was sufficiently concerned about the findings to call for a follow-up study.