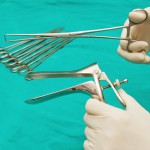 A story in the Star Phoenix describes a protest outside a Canadian hospital by women warning others about a medical device called the vaginal mesh implant.

The implant is supposed to treat urinary incontinence and pelvic organ prolapse, a condition characterized by weakened muscles being unable to provide adequate support for the pelvic organs.

But the protest included women who have suffered serious complications from the mesh, which caused problems including chronic pain and difficulty walking. Others paid tens of thousands of dollars to have the procedure reversed.

The device has generated widespread complaints in the United States as well. In the first of about 11,000 American lawsuits against vaginal mesh manufacturers to go to trial, a New Jersey jury recently awarded $11.1 million to a woman who received a mesh implant manufactured by Johnson & Johnson’s Ethicon subsidiary.

According to the story, the protesters were trying to educate women about the risks. Some were calling for doctors to stop performing the procedure in the province of Saskatchewan. Although Health Canada issued a warning in 2010 that the agency was “concerned” about reports of complications, some protesters said they were never informed by their surgeons.

The story includes an interview with one of the protesters, who said: “Two weeks after my surgery, I had excruciating pain. I felt like I had a vice grip on my pelvis with razor blades in it. I couldn’t sit.”