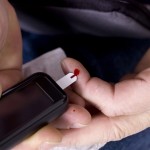 In a recent issue of the journal Diabetes Care, Peter Butler, MD, of the University of California Los Angeles weighs in on recent research showing a potential link between certain diabetes drugs and an inflammation of the cancer called pancreatitis, as well as pancreatic cancer.

Butler himself was lead researcher for a study published in the journal Gastroenterology, which reported higher rates of pancreatitis and pancreatic cancer in patients taking the diabetes drugs Januvia or Byetta, both of which are GLP-1-based therapies. The data from that study was taken from the U.S. Food and Drug Administration’s Adverse Event Reporting System.

Previous studies had linked both drugs to pancreatitis and pancreatic cancer. Byetta has also been linked to an increased risk of thyroid cancer.

Butler describes the situation with the Byetta and Januvia as part of a pattern.

“The clinical value of new therapies for diabetes tends to be overestimated at launch, whereas the disadvantages emerge more slowly,” he writes.

Butler lists a number of possible reasons for that initial overestimation. They include inflated expectations, marketing pressures and a limited number of people exposed to a drug prior to launch. He writes that inadequate postmarketing surveillance will frequently delay the full discovery of problems with the medications.

“The story is familiar,” Butler writes. “A new class of anti-diabetic agents is rushed to market and widely promoted in the absence of any evidence of long-term beneficial outcomes. Evidence of harm accumulates but is vigorously discounted. The regulators allow years to pass before they act. The manufacturers are expected — quite unrealistically — to monitor the safety of their own product.”