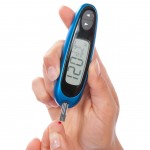 A number of prominent nutritionists have reiterated a warning about a potential link between red meat consumption and Type 2 diabetes, the Los Angeles Times reports.

Although diabetes is manageable, the Mayo Clinic says it can eventually cause disabling or even life-threatening complications.

And a growing body of evidence links some diabetes treatments – including the drugs Byetta and Januvia — to a potentially deadly inflammation of the pancreas called pancreatitis, and to pancreatic cancer. Byetta has also been linked to a higher risk of thyroid cancer.

They reported that people who said they increased their intake of red meat over a four-year period had a higher chance of developing Type 2 diabetes in the subsequent four-year period, compared to people who said the amount of red meat they ate stayed stable or went down. Of course, the correlation does not prove that red meat consumption causes diabetes; something else could increase people’s blood sugar and cause a craving for meat, for example.

The scientists determined that increasing the amount of red meat a person ate in one four-year period by more than half a serving a day resulted in a 48 percent increased risk of diabetes in the following four-year period, the study says.

People who reduced the amount of red meat they ate by at least half a serving a day during the first four years of follow-up had a 14% lower risk of diabetes over the entire follow-up period, according to the Los Angeles Times.