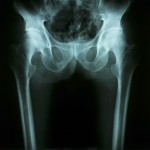 Sixty three recipients of an artificial hip implant manufactured by a Johnson & Johnson subsidiary have filed suit in Israeli court, claiming that the devices broke down and caused them pain and a high level of metal ions in their blood.

According to a report in Jewish Business News, the plaintiffs “describe attendant problems in functioning accompanied by infections, tumors, fractures and the loosening of the implant, to the point that a return to the operating table was required in order to remove it and replace it with another.”

Jewish Business News notes that the implants in question, featuring both a ball and a socket coated in a mixture of cobalt and chromium, have generated similar complaints globally. The story describes it as “one of the greatest orthopedic disasters in history.”

A Los Angeles jury recently awarded $8.3 million in damages to a man who claimed he suffered metal poisoning from an artificial hip implant manufactured by Johnson & Johnson’s DePuy Orthopaedics division, which was recalled in 2010. That was the first of about 10,000 lawsuits over that type of hip implant to go to trial in the United States.

The Israeli plaintiffs allege that even though the company claims the recall was voluntary, it only took that step after U.S. authorities ordered the company to stop using the implant.

Jewish Business News reports that about 95,000 patients worldwide received one of the implants, including 1,150 in Israel. Similar legal action is taking place in Europe and Australia.