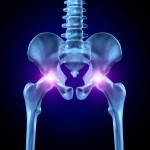 A story in the San Francisco Chronicle describes the DePuy Orthopaedics articular surface replacement hip implant as one of the largest medical device failures in history.

The article recounts the experience of a California woman who continued to suffer increasing pain after having her hip replaced in 2006. In 2010, a doctor finally informed her that she had one of the all-metal devices made by Johnson & Johnson subsidiary DePuy Orthopaedics, which are prone to problems.

Commonly reported problems for the ASR implants are a tendency to break down after only a few years and require replacement, and to leave tiny splinters of toxic metal in patients’ bodies. The implants were recalled in 2010.

In the first of about 11,000 lawsuits filed against Johnson & Johnson, a jury awarded a patient who received a DePuy Orthopaedics implant $8.3 million.

The California woman profiled in the San Francisco Chronicle story said she was frightened to learn how dangerous her implant was. But she was also relieved at finally being given an explanation for her ongoing problems.

According to the Chronicle, “the DePuy debacle highlights a little-known but stunning truth: These devices were cleared by the U.S. Food & Drug Administration without having to be tested in a single human being.”

The article describes a loophole that allows medical devices to get FDA approval based on their alleged similarity to other devices that have already been cleared. A number of lawmakers and health officials are now trying to close that loophole, the story says.