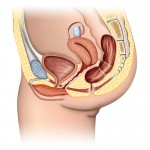 A report on News Channel 4 out of Oklahoma tells the story of a woman who received a vaginal mesh implant in the belief that it was the most advanced, minimally invasive technique available to cure her urinary incontinence.

Instead, she ended up in extreme pain, and trying unsuccessfully for three years to get the surgery necessary to remove the device. The story says she has joined hundred of other women from Oklahoma in seeking redress against the mesh’s manufacturers.

According to the story, “the outcome for some patients included the mesh tearing their body apart from the inside.”

Women throughout the country are taking similar legal action. In the first of about 11,000 of those lawsuits to go to trial, a New Jersey jury recently awarded $11.1 million to a woman who received a vaginal mesh implant manufactured by Johnson & Johnson’s Ethicon subsidiary.

The News Channel 4 story describes the mesh as pliable and gauze-like. Once inserted inside the body, it’s supposed to support the bladder or uterus, often to compensate for muscles weakened by childbirth.

The problem, attorneys for the plaintiffs say, is that the mesh has a tendency to turn rigid once it’s implanted, cutting the women from inside. Worse, the plaintiffs’ attorneys argue that the manufacturers not only failed to adequately test the products before selling them, but failed to warn patients even after learning of the hazards.

According to a 2011 report from the U.S. Food and Drug Administration, the story says, one in 10 mesh surgeries fail.