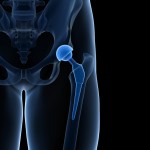 A woman who received a faulty hip implant that had to be replaced after only three years should get at least $5 million from the company that manufactured it, her lawyer told a Chicago jury.

According to Bloomberg, lawyers gave the closing arguments in the lawsuit against Johnson & Johnson subsidiary DePuy Orthopaedics, which represents the second of nearly 11,000 such cases filed in the United States.

In March 8, a Los Angeles jury found that DePuy failed to provide adequate warnings about its ASR hip implant’s defective design, and ordered the company to pay $8.3 million in compensatory damages to a patient who received one.

Johnson & Johnson eventually recalled the hip implants in 2010. But the plaintiff’s lawyer in Los Angeles argued that the company knew as early as 2007 that the devices were faulty, and sold them anyway.

The lawyer cited two studies – one showing that 47 percent of the ASR implants failed after seven years, and another that 37 percent failed after four years.

The ASR implants also have a tendency to shed toxic metal debris in patients’ bodies, as evidenced by blackened tissue and a spike in the presence of metal ions in the plaintiff’s bloodstream, the lawyer argued.

Bloomberg quotes him as saying: “Shame on DePuy for allowing this to happen. They could have saved and prevented so much harm.”