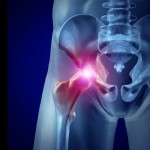 In the latest of a long strong of product recalls, Johnson & Johnson is recalling and replacing more than 2 million meters that diabetics use to measure blood glucose levels, manufactured by the company’s LifeScan unit.

According to Reuters, the problem is a failure to operate properly at extremely high glucose levels.

Some recalled items have proven far more harmful for patients.

A Los Angeles jury recently awarded $8.3 million in damages to a man who claimed he suffered metal poisoning from an artificial hip implant manufactured by Johnson & Johnson’s DePuy Orthopaedics division, which was recalled in 2010.

That was the first of about 10,000 lawsuits over the hip implant to go to trial. Widespread complaints concern the device’s tendency to break down and need replacement after only a few years, and to leave toxic metal debris in patients’ bodies.

In recent years, the sheer number of Johnson & Johnson recalls has spooked investors. Those recalls included prescription drugs; over-the-counter medicines such as Tylenol, Motrin and Benadryl; and a bone putty used to stop bleeding because it could catch fire during surgery.

According to Reuters, the problems with the blood glucose meters start at extremely high glucose readings of 1024 mg/dl and above. At those levels, the units have failed to provide a warning of dangerously high blood sugar and will shut off, potentially delaying proper treatment.