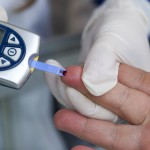 A press release from Dr. Sidney Wolfe, director of the Health Research Group for the organization Public Citizen, praises a study published in the journal Diabetes that links a class of diabetes drugs including Byetta and Januvia with pancreatic cancer risk.

Researchers at the University of California, Los Angeles, and the University of Florida, conducted the study. They found increased precancerous changes such as dysplasia in the pancreases of diabetic patients using GLP-1-mimicking drugs such as Byetta and Januvia, compared to pancreases from diabetics not using those drugs or from non-diabetics.

According to Wolfe, those findings “are in accord with the rapidly increasing number of reports to the U.S. Food and Drug Administration (FDA) of pancreatic cancer in patients using these drugs compared with diabetics using other drugs for diabetes.”

Previous studies have linked Januvia and Byetta to pancreatitis (an inflammation of the pancreas) and pancreatic cancer. Byetta has also been linked to thyroid cancer.

Wolfe writes that Public Citizen has previously called on the FDA to ban the diabetes drug Victoza over concerns about pancreatic disease and thyroid cancer.

But in light of recent findings, that might not be enough to guarantee public safety.

Wolfe states: “ … it is clear that all of the drugs in this family are associated with an increased risk of pancreatic cancer and it is likely that they will all have to be removed from the market. The idea of putting a warning label about pancreatic cancer on drugs that have no unique benefit for diabetics but which have increasing evidence of the risk for pancreatic cancer—instead of banning the drugs altogether—would be an extraordinarily reckless approach for the FDA to initiate.”