Investors should be cautious about diabetes drug 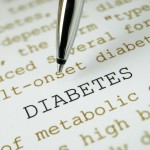 A newly approved diabetes drug from Johnson & Johnson may have the potential to be very profitable, given skyrocketing diabetes rates in the Unites States. But a story on the blog Seeking Alpha cautions investors against being too optimistic, given the disappointing results of other diabetes drugs that have gone on the market.

The story mentions GlaxoSmithKline’s Avandia, which has been linked to increased fatalities from heart disease, and is now restricted in the United States and outright banned in Europe. The story says Avandia is linked to as many as 100,000 heart attacks and might end up costing GlaxoSmithKline up to $6 billion.

Studies have also linked Merck’s Januvia and Bristol-Myers Squibb’s Byetta to a higher risk of pancreatitis and pancreatic cancer. In addition, Byetta has also been linked to an increased risk of thyroid cancer. The U.S. Food and Drug Administration is investigating Januvia and Byetta’s potential link with pancreatic cancer.

Invokana is the first of a new class of diabetes medication to get approval. Unlike previously approved drugs that affect the body’s production or use of insulin, Invokana works by reducing blood sugar.

Seeking Alpha reports that some research already suggests Invokana may carry health risks of its own, in the form of increased incidents of stroke and bone fracture.

“Those risks won’t affect at all Invokana sales and profits at short term, but care should be taken about mid-long to long term,” the story states.