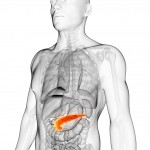 Japanese researchers are optimistic about the results of a study suggesting that a new blood test designed to detect pancreatic cancer early may improve patients’ odds for survival.

A HealthDay News story says the improved odds are relatively small. But given the nature of pancreatic cancer, any potential improvement is good news.

The five-year survival rate for pancreatic cancer is currently less than 5 percent, in large part because it has usually spread by the time it is detected.

Studies have linked the diabetes drugs Byetta and Januvia to pancreatic cancer, as well as to an inflammation of the pancreas called pancreatitis that is often a precursor to pancreatic cancer. Based on a recent analysis of insurance records published in the medical journal JAMA Internal Medicine, the U.S. Food and Drug Administration announced that it’s reviewing data on Januvia and Byetta.

According to HealthDay News, the blood test in the Japanese study measures byproducts of metabolism, called metabolites, found in the blood. Researchers look for differences between the levels of metabolites in patients with and without pancreatic cancer, and use those measurements to identify those with cancer.

The new approach is part of an emerging science called metabolomics technology, which focuses on small molecules.