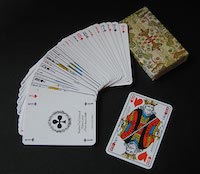 A new lawsuit alleging a link between Johnson & Johnson Baby Powder and mesothelioma-causing asbestos fibers took a surprising turn late last month. That was when lawyers for the world’s largest healthcare goods manufacturer and lawyers for a man dying of mesothelioma began debating whether there was a racial aspect to the case that needed to be exposed.

An attorney for Richardo Rimondi, a Peruvian immigrant and father of five, stated that the company specifically targeted African-Americans, Hispanics, and overweight women when they marketed their baby powder product. A post recently published by Forbes notes that one of Rimondi’s attorneys made the statement in combination with a number of additional accusations leveled at the company. These include a failure to notify the public of the dangers surrounding its talc-based products and putting profits over public safety. “They (J&J) knew corn starch could be a substitute (for talc),” she said. “But it didn’t make as much money. If you’re going to be honest, you put a warning label on it, and they didn’t.”

Johnson & Johnson’s attorneys described the accusation as “incredible.” The firm went on to accuse Rimondi’s attorneys of playing the proverbial “race card” by introducing an argument that specific groups may have been targeted by the corporation’s marketing efforts.

J&J is also likely to attack the scientific evidence presented by Rimondi’s team. At issue is the presence of other minerals that can come about during talc mining – minerals that can take asbestos and non-asbestos forms. Morton Dubin, an attorney for Johnson & Johnson with the Orrick law firm in New York, states that “the facts are not as simple as ABC.” He goes on to state that “non-asbestos tremolite [one of the minerals in question] does not create asbestos, but plaintiff lawyers will call it asbestos.”

Juries and courts have delivered verdicts in favor of both plaintiffs and defendants in talc cases. The most notable, a multi-billion-dollar verdict reached in favor of 22 women who claimed Johnson & Johnson talc products led to their development of ovarian cancer, shook financial markets and made waves through the legal community. Others have led to mistrials, reversals of verdicts on appeals, and juries who have sided with J&J.

Whether the introduction of race into the equation will have an impact remains to be seen.