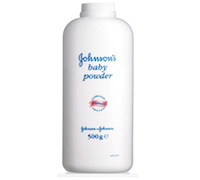 22 women suing Johnson & Johnson talc supplier Imerys over claims that its talc caused their ovarian cancer have settled an asbestos claim with the company before trial. The terms of the settlement are confidential, but the amount is known to be at least $5 million.

While some may be quick to see this as a significant step toward establishing evidence of the presence of the dangerous mineral fiber in Johnson & Johnson talc products, it may be that the move was more strategic than anything else. The settlement effectively removes Imerys from the 22 claims in the ovarian cancer litigation still pending against Johnson & Johnson by the plaintiffs. What was originally going to be a trial of two companies is now simply a matter of determining J&J’s liability in the ovarian cancer matter. Imerys’ role in the case is completely closed.

The settlement touches on two concerns over a product that has been used in American homes for generations. On one hand, there are a growing number of claims that talc powder like that used in products including Johnson & Johnson’s Shower to Shower feminine hygiene products can cause ovarian cancer when used repeatedly over long periods of time. Thousands of plaintiffs are waiting for their days in court and many would like to see a consolidation of the cases to help expedite the process.

The other hand in the Johnson & Johnson talc issue is over claims that the company’s Baby Powder product contains asbestos. Plaintiffs allege that the mining process used for talc is incapable of separating the talc from asbestos and, as such, bottles of Baby Powder are exposing victims and their families to a mineral fiber that is known to be a major cause of mesothelioma. Johnson & Johnson has vigorously and repeatedly denied claims that its products contain – or have ever contained – asbestos. At least one jury, however, believed otherwise and has made significant awards in the matter.

In its settlement with the ovarian cancer plaintiffs, Imerys made no acknowledgement of any claims related to the safety of its talc or the presence (or lack thereof) of asbestos. News of the settlement also does not mention if mesothelioma was one of the specific cancers allegedly caused by the talc in the case.