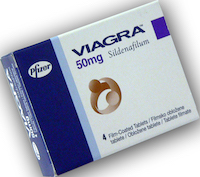 The Huffington Post reports on a new study that claims Viagra does not lead to increased risk of melanoma, a common form of skin cancer, in men who use it. Instead, the researchers behind the NYU Langone Medical Center study contend that melanoma in Viagra users is the result of lifestyle issues. These findings conflict with those provided by a study in June 2014, which determined men who took Viagra were 84 percent more likely to be diagnosed with skin cancer within ten years of use.

Viagra, which belongs to a group of drugs called phosphodiesterase type 5 (PDE5) inhibitors, is intended to treat erectile dysfunction in men. However, the drug has recently been called into question after various studies linked it to an increased risk of melanoma. The 2014 investigation cited above observed nearly 26,000 men over ten years, and found that patients who used sildenafil (Viagra) were nearly twice as likely to develop melanoma.

The new study looked at the medical records of roughly 20,000 men on file with the National Melanoma Register and the Prescribed Drug Register in Sweden. The researchers claim that men who take Viagra—an expensive prescription drug not covered by insurance plans—tend to have more disposable income, and therefore spend more time outside enjoying sunny weather either at home or on vacation. The logic of this assumption aside, the study did also find that melanoma diagnosis did not vary much across the number of prescriptions an individual had. The researchers argue that if Viagra were causally related to skin cancer, then men who took Viagra in greater doses and for longer periods of time would show a higher incidence of melanoma. Yet the study does not rule out the possibility that that Viagra causes melanoma; rather it attempts to explain the increased rate of melanoma in people who took Viagra.

Despite the purported explanation for the increased melanoma rates, there still remains a possible correlation between Viagra use and skin cancer diagnosis. You should consult your health care provider before switching or suspending medications. If you believe you or a loved one developed skin cancer due to taking Viagra, contact the attorneys at Lopez McHugh now for a free legal consultation.