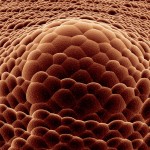 The U.S. Food and Drug Administration has proposed requiring tanning beds to include a label warning that the devices increase the risk of skin cancer and shouldn’t be used by people younger than 18.

According to a USA Today story, the FDA currently regulates the sunlamps in tanning beds as class 1 devices, which are considered low risk and don’t require review before going on the market.

The FDA’s proposal would change their designation to class 2. That would put them in the same category as other devices that expose people to radiation, such as CT scanners.

The USA Today story quotes an FDA official as saying that concerns about the tanning beds include software problems or electrical failures that may make the machines malfunction, exposing customers to additional radiation and potentially burning them.

A single session in a tanning booth increases the risk of melanoma by 74 percent, he said.

Under the FDA’s proposal, the labels on the tanning machines would warn customers not to use them if they have skin cancer or open skin lesions, or if they have a family history of skin cancer.

USA Today quotes a spokeswoman for the American Academy of Dermatology as saying the organization supports the proposal. The spokeswoman says about 2.3 million teens use tanning beds every year.

According to the story, research shows that 58 percent of teens who use tanning beds get sunburned.