Posted May 28, 2015 in Drug and Medical Device Lawsuits | Product News and Recalls

In today’s political climate, it isn’t difficult to view Congressional action on particular and specific devices or products through tainted lenses. We all know that money buys influence, and when a particular member of Congress starts paying attention to a specific device or product, we instinctively wonder who is pulling the strings. Who wrote a check large enough to make this elected official bring the regulatory power of the federal government to bear on one single product?

In some cases however, the device represents a potential for harm so profound that action must be taken in order to protect the American people. 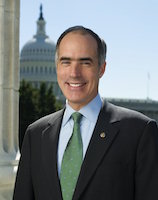 Such was the case when Sen. Bob Casey engaged America’s Health Insurance Plans, a trade group for the nation’s health insurance companies, with a letter to discuss methods that insurance companies can use to limit women’s exposure to power morcellators.

Power morcellators work laparoscopically. A small incision is made in the patient and the device is inserted. Using a combination of blades and other instruments contained within the morcellator, a doctor is able to cut away and remove tissue from inside the body without having to fully open up the surgical site.

Morcellators had been frequently used in surgeries involving the removal of uterine fibroids, as well as during hysterectomies or myomectomies. However, studies indicated a causal relationship between the devices and the spread of as-yet undiagnosed or undiscovered uterine cancer. As the morcellator does its work, cancerous cells can be spread throughout the patient’s uterus and abdomen, thus contributing to the spread of the previously isolated disease.

The FDA issued warnings and the device manufacturers began modifying their marketing messages. The leading power morcellator manufacturer, Johnson & Johnson, stopped selling the devices altogether and later went so far as to recall all of their existing devices from the market.

Other companies, however, did not follow suit and morcellators continued to be used in surgical suites all around the country. Utilizing one of the only methods left available to stop the use of these devices, health insurers are now restricting their willingness to pay for procedures involving the use of power morcellators. According to Sen. Casey’s letter, Highmark removed laparoscopic power morcellation from its list of covered procedures. UnitedHealth has also restricted their coverage of morcellation operations.

This action by the insurance industry is, of course, not one motivated by altruism or a desire to protect those they insure from an enhanced cancer risk. Cancer treatments are expensive and the continued use of these devices represents an elevated risk that the company will eventually have to pay for aggressive uterine cancer treatments.

However, as Sen. Casey’s letter proves, the move has caught the attention of those in power, and those legislators are now taking a closer look at the devices, the industry, and the methods by which such products are brought to the market. Among the questions posed in Casey’s letter, he asks whether health insurers “collect claims data to assist in linking adverse events to medical devices.” In effect, he’s asking if there is a way of tracking what other conditions may be caused by medical devices once thought safe for use in American doctors’ offices and hospitals.

Congressional action has been instrumental in the increase of dangerous drug claims, recalls, and black box warnings over the years. In fact, manufacturers have been able to pay to expedite the approval of their new products since 1992 with the passage of the Prescription Drug User Fee Act. And, with recent attention focused on devices like power morcellators, metal-on-metal hip replacements, faulty IVC filters, and endoscopes so difficult to clean that material is still left on the device after sterilization, one has to wonder if the device market is as dangerous as the current prescription drug market.

Perhaps it’s time for Congress to examine ways that they can undo some of the damage they’ve done.