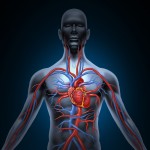 An ABC News report asks the question of whether America is an “overmedicated nation,” and offers alternatives to some of the most commonly prescribed medications.

Among those medications are the anti-cholesterol drugs known as statins. According to the report, the pharmacies fill more than 45 million prescriptions a year for the statin known as Lipitor alone.

But recent research indicates that statins may carry some health risks. The U.S. Food and Drug Administration has added warnings to the labels of Lipitor and other types of statins, advising that they may increase blood sugar, and therefore the risk of Type II diabetes.

Cutting back on high-cholesterol foods may also help alleviate the problem.

According to the ABC News story, Americans spent more than $300 billion on prescription drugs every year. The story cites U.S. Centers for Disease Control figures stating that nearly half of all adults have taken at least one prescription drug in the last month; nearly a third regularly use two or more; and women are more likely than men to use prescription drugs.