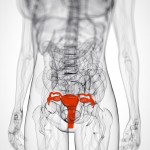 A study published in JAMA, the Journal of the American Medical Association, measured the success of a surgery called abdominal sacrocolpopexy, which is the standard treatment for a condition called pelvic organ prolapse.

The study analyzed the results of 200 women who underwent the surgery, according to the Wall Street Journal. Many of them reported short-term relief from symptoms and didn’t need repeat surgery.

But about 25 percent experienced a recurrence of some symptoms over time. More than 60 percent developed urinary incontinence, sometimes as a result of the surgery itself.

More alarmingly, about 10 percent of the women who had synthetic mesh implanted as part of the procedure experienced problems with the implant moving from its original location.

The story notes that mesh can contract after surgery, causing pain. Such complaints have generated widespread mesh lawsuits by women who allege that the implants injured them.

Common complaints include chronic, debilitating pain and organ perforation. In the first of about 11,000 American lawsuits against vaginal mesh manufacturers to go to trial, a New Jersey jury recently awarded $11.1 million to a woman who received a mesh implant manufactured by Johnson & Johnson’s Ethicon subsidiary.

The story says that pelvic organ prolapse commonly occurs after women have experienced childbirth. It causes the uterus or vaginal walls to “drop” and sometimes protrude into or out of the vaginal opening.

According to the Wall Street Journal story, the symptoms become problematic enough to require surgery for about 225,000 women a year in the U.S.