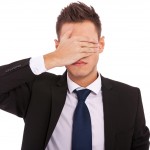 The story says the violations were found to be so pervasive and “egregious” that the FDA concluded studies conducted there between April, 2005, and August, 2009, might be useless. Yet the agency pulled none of the drugs approved as a result of the firm’s studies from the market, and provided virtually no public disclosure of what it had uncovered, ProPublica reports.

By contrast, the FDA’s Eueopean counterpart pulled seven medicines from the market on the basis of the problems with Cetero.

According to the story, about 100 drugs had been approved for sale in the United States at least partially on the basis of the laboratory’s approval. Of those, 81 were generic versions of brand-name drugs that Cetero tested to see if the copies acted the same in the body as the originals.

The rest were new medications, which ProPublica says required a good deal of research to win approval, meaning Cetero’s tests were rarely crucial.

The story says that the FDA is still refusing to disclose the names of the drugs it is reevaluating because of those findings. But ProPublica has managed to identify five such drugs, including ones made by major pharmaceutical companies.

The report quotes an unnamed former senor FDA official who believes the agency acted too slowly and secretively, saying: “They’re keeping it all in the dark. It’s not transparent at all.”

You should consult with a doctor if you have any ongoing symptoms or health concerns, and before making any changes in medication.