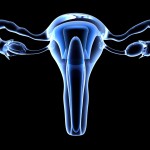 A story in Forbes takes a look at the trend of top global brands issuing public apologies for serious missteps.

The story picks out Johnson & Johnson as an example of a company falling back on a new branding campaign in an effort to win back customers who have turned away because of recent problems.

In Johnson & Johnson’s case, those problems included a string of recalls, including both over-the-counter medicines and implantable medical devices.

A jury recently awarded $8.3 million to a man injured by an ASR hip implant, which Johnson & Johnson’s DePuy Orthopaedics subsidiary manufactured. A number of studies show nearly half of the implants break down and need replacement within six years, as well as having a tendency to shed toxic metal debris in patients’ bodies.

Forbes spotlights the new advertising campaign spotlighting “love” as a well-executed attempt at changing would-be customer’s perceptions about the company. The story contrasts Johnson & Johnson’s efforts in that regard with a similar campaign by retailer J.C. Penney over recent actions that have alienated the company’s customer base, which the story says weren’t handled as well.