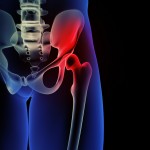 A piece in the New York Times on Johnson & Johnson’s new corporate branding campaign says the company urgently needed to distance itself from the “bad press of product recalls and pending litigation,” of which it experienced much lately.

A jury recently awarded $8.3 million to a man injured by one of those implants, which feature both a ball and a socket coated in metal. A number of studies show nearly half of the implants break down and need replacement within six years, as well as having a tendency to shed toxic metal debris in patients’ bodies.

In order to deal with the bad publicity, the company has released a campaign called “For All You Love.”

It’s slated to include television commercials and digital ads, as well as a manifesto about love that will appear in print publications including the New York Times and People magazine.