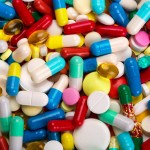 Pfizer Inc. has posted lower-than-expected earnings and revenue for the first quarter, in part because of rapidly falling sales of the cholesterol drug Lipitor, Reuters reports.

Sales of the drug, formerly a cash cow for the pharmaceutical giant, plummeted 55 percent to $626 million.

The drug has been competing with cheaper generics since November. Recent health concerns about Lipitor have cropped up as well.

The U.S. Food and Drug Administration has added warnings to the labels of Pfizer’s Lipitor and other types of statins, advising that they may increase blood sugar, and therefore the risk of Type II diabetes.

Excluding special items, that amounted to 54 cents per share – compared to the 55 cents that analysts on average expected. And revenue dropped 9 percent to $13.5 billion, which failed to live up to Wall Street’s expectations of $13.99 billion.

Lipitor wasn’t the only drug to account for those figures, Reuters reports. Demand for the company’s Prevnar 13 vaccine against pneumococcal bacteria fell because of wholesalers’ purchasing patterns. Sales of impotence drug Viagra also fell by 7 percent to $461 million.