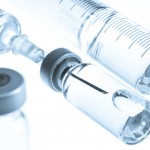 A lawsuit has gone to jury trial in Los Angeles, alleging that the manufacturer of the diabetes drug Actos concealed its cancer risks, Bloomberg reports.

The plaintiff’s lawyer claims that internal studies by Takeda, Asia’s biggest drug manufacturer, uncovered Actos’s links to bladder cancer as early as 2004. But the company didn’t alert U.S. regulators until seven years later, in order to protect more than $1.6 billion in annual sales.

Other diabetes drugs on the market have been linked to different forms of cancer.

According to the Bloomberg story, the lawsuit being heard in Los Angeles is the first of more than 3,000 such cases to go to trial.

During the trial, the plaintiff’s lawyer produced internal company e-mails, in which Takeda executives urged colleagues to persuade the U.S. Food and Drug Administration not to demand increased warnings about bladder cancer on Actos’s label.

In 2005 and 2006, FDA officials asked Takeda to update warnings about Actos’ health risks. But the plaintiff’s lawyer alleges that the company “stalled and delayed” its implementation of that request.