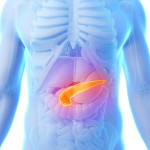 The U.S. Food and Drug Administration is examining unpublished findings by a group of academic researchers, which suggest a potential link between newer diabetes drugs and pancreatic cancer.

Among the drugs being investigated are Merck’s Januvia and Bristol-Myers Squibb’s Byetta, Bloomberg reports.

Researchers called for an investigation after publishing an analysis of insurance records in the medical journal JAMA Internal Medicine. That analysis concluded that diabetics hospitalized with pancreatitis were twice as likely to be taking Merck’s Januvia or Bristol-Myers’s Byetta than a control group of diabetics without the condition.

Pancreatitis, an inflammation of the pancreas, can develop into pancreatic cancer or kidney failure.

In 2007, the FDA said it had received a high number of reports of pancreatitis in patients taking Byetta. The FDA issued a similar warning for Januvia in 2009.

Both drugs increase GLP-1, which is a hormone that stimulates insulin production from the pancreas. And both have been big money-makers for their manufacturers.

According to Bloomberg, Merck reported $4 billion in sales from Januvia last year. And Byetta generated about $307 million in sales.