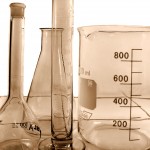 Although the company says it has no indication that any if its products are unsafe or contaminated, it did not reveal what the inspection found that prompted the recall.

Compounding pharmacies prepare specialty variations on prescriptions for individual patients in response to physician orders. They aren’t subject to the same regulations as other drug manufacturers.

In recent months, however, the businesses have been under increasing scrutiny because of a fungal meningitis outbreak blamed on a Massachusetts compounding pharmacy called the New England Compounding Center.

Federal regulators identified a batch of contaminated steroid medication as the source of that outbreak, which has sickened more than 700 people and killed 50 throughout the country. NECC has since been closed.

Amid the stepped-up inspections, a Georgia compounding pharmacy called Clinical Specialties withdrew syringes of the drug Avastin from the market, following reports that they may have caused eye infections. And the New Jersey-based Med Prep Consulting recalled all of its products after mold was found in bags of magnesium sulfate.

The Pallimed recall involves 16 sterile compound products dispensed on or after January 1. The company said it “took this aggressive precautionary recall measure on the basis of information observed during the course of an inspection conducted by the U.S. Food and Drug Administration and the Mass. Board of Registration in Pharmacy.”