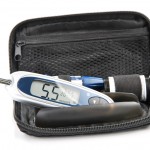 A story in Forbes says medical professionals and industry analysts are both keeping a close eye on Johnson & Johnson’s Invokana, newly approved by the U.S. Food and Drug Administration. It’s the first to be approved among a new class of medications that treat type 2 diabetes by reducing blood sugar, rather than affecting the supply or use of insulin.

While the drug has the potential to be a blockbuster for Johnson & Johnson, other once-promising diabetes medications have given rise to serious health concerns in recent years.

For example, studies have linked both Merck’s Januvia and Bristol-Myers Squibb’s Byetta to a higher risk of pancreatitis and pancreatic cancer. Byetta has also been linked to an increased risk of thyroid cancer.

Forbes points out that the FDA rejected Forxiga, a drug similar to Invokana, last year over concerns about potential liver damage and cancer risk. And Avandia, formerly hailed as a blockbuster drug, generated concerns over heart attack risk. It is now restricted in the United States to patients who have tried and failed to respond to other medications, and is banned in Europe.

Still, Forbes points out that: “Any diabetes drug that works well – and has limited side effects – has major market potential simply because there are so many people with diabetes.”

Centers for Disease Control statistics say 11.3 percent of all Americans over the age of 20 have diabetes, and 35 percent of the population has prediabetes.