Timeline of FDA Action Against Bayer 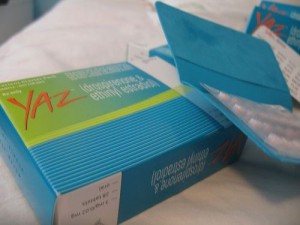 The FDA has warned the manufacturers of Yaz and Yasmin at least four times for improper marketing and manufacturing techniques.

In July of 2003, the FDA notified Bayer’s predecessor, Berlex Laboratories, that their commercials for Yasmin were misleading and in violation of federal law. First, the commercials implied that Yasmin was more effective than other contraceptives, despite no proof for this assertion. Second, the commercials failed to warn of the dangers from elevated potassium levels.

In October of 2008, the FDA again issued a warning about deceptive advertising, this time for Yaz. The FDA determined that Bayer again overstated the effectiveness of the drug and minimized the serious side effects. The FDA also chastised Bayer for implying that Yaz could be used to treat “PMDD”—premenstrual dysphoric disorder, a form of premenstrual depression—whereas PMS was not a valid indication for the drug.

In March of 2009, Yaz was the subject of a third round of FDA complaints. The FDA determined that internet marketing failed to provide information on the risks of the drug, and also improperly implied that Yaz could be used for treating acne.

On August 5, 2009, the FDA issued yet another complaint letter to Bayer, in which it stated that Bayer had failed to address safety concerns found during a March 2009 inspection of a manufacturing facility in Germany. In March, the FDA discovered significant deviations from quality control standards with respect to the manufacture of Yaz, including failure to weed out impurities, failure to maintain clean equipment, and failure to adequately test final products. The FDA was especially concerned that some of Bayer’s faulty internal directives with respect to handling manufacturing specifications might have been in place in other manufacturing and testing facilities.

Bayer had been given an opportunity to remedy these deviations, but months later, it had failed to do so to the FDA’s satisfaction.

May 31, 2011, the FDA announced that it was reviewing additional data showing that Yaz, Yasmin, Ocella, and other drospirenone-containing birth control pills are more likely to cause blood clots than other forms of hormonal birth control. Yet the manufacturers have not issued warnings to tell consumers and their doctors of this increased risk. Meanwhile, hundreds (if not thousands) of women have suffered avoidable injuries, including death, as a result of Bayer’s misleading advertising practices and potentially defective manufacturing processes.

Most recently, on December 8, 2011, a Food and Drug Administration panel of experts ruled that the labeling of the popular birth-control pill Yaz should be updated to reflect recent data showing the drug poses a much higher risk of causing blood clots than older contraceptives.

Women who have suffered injury as a result of taking Yaz, Yasmin, or Ocella should understand the legal remedies available to them. If you or someone you love developed a blood clot or gallbladder disease while taking Yaz, Yasmin, or Ocella, you may be eligible to recover damages. Please contact Lopez McHugh for a FREE consultation with a qualified and trusted attorney who can answer your questions and ensure your legal rights are protected. Call today because if you wait too long, you may be barred from recovering for your injuries by your state’s time limits.