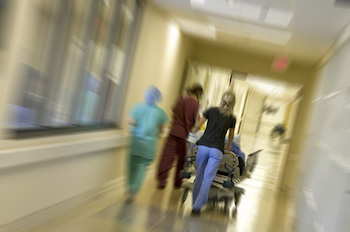 Although fluoroquinolone antibiotics were developed to treat serious, life-threatening infections such as hospital-acquired pneumonia or other serious ailments, they are regularly prescribed for minor or even routine infections like earaches, bronchitis, or urinary infections.

This is incredibly dangerous. We now know that the use of fluoroquinolone antibiotics comes with significant risks, including permanent and sometimes serious injuries.

If a patient is already battling a life-threatening infection, such risks may be worth taking. But, if the infection is not serious and could be treated with a less potent antibiotic, patients and doctors need to start asking themselves: Is it worth the risk?

What are FLQ antibiotics or Fluoroquinolones?

Fluoroquinolone antibiotics, or FLQs for short, are popular and commonly prescribed antibiotics. They are most commonly known as Levaquin, Cipro, Avelox and Factive. FLQs are usually administered orally, but can be given intravenously in some situations.

This is not good news for the manufacturers of these drugs, as they have already been under scrutiny for years. In 2008, the U.S. Food and Drug Administration (FDA) ordered manufacturers of FLQ antibiotics to include a boxed warning indicating fluoroquinolones’ link to tendon damage and rupture. Then in 2013, the agency requested even stronger safety label warnings for the drugs, as studies indicated that FLQs such as Levaquin, Avelox, and Cipro may cause severe and potentially permanent nerve damage, known as peripheral neuropathy.

Most recently, an FDA advisory panel was convened to hear testimony from patients who suffered from Fluoroquinolone-Associated Disability, or FQD. Pharmaceutical and medical experts were also invited to testify. Testimony from these proceedings indicated that fluoroquinolones lacked a strong warning about the heart rhythm complications associated with the drugs, and called for manufacturers to include a black box warning about the drugs’ QTc-prolonging effects.

If you or someone close to you suffered an aortic dissection, aortic aneurysm, or other serious injury after taking an FLQ antibiotic like Levaquin, Avelox, or Factive, you may have a legal claim against the manufacturer of the drug.

However, time is of the essence.

FLQ antibiotic lawsuits are already being filed. In August of this year, the U.S. Judicial Panel on Multidistrict Litigation centralized all pending fluoroquinolone lawsuits in the U.S. District Court for the District of Minnesota.

While only 20 lawsuits were initially included in the MDL, that number has since grown to over 200, and lawyers expect it will ultimately reach into the thousands. Do not miss your deadline for filing: contact the FLQ lawyers at Lopez McHugh today to see if you may be qualified to file an antibiotic lawsuit and join the FLQ antibiotic MDL.